OMEGA Has a Starring Role in the LSST Telescope Mirror 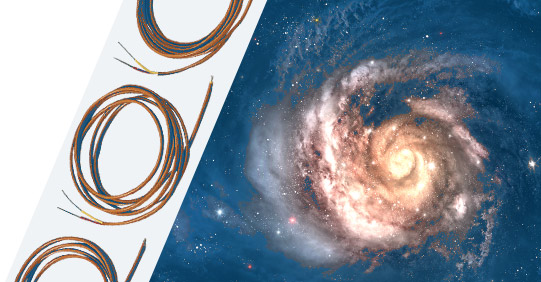 The Large Synoptic Survey Telescope (LSST) is a new kind of optical telescope that will view a wider area of night sky than ever before possible. Once operational, its tasks are to look for near-earth objects that might pose a collision threat and capture short-lived cosmic events missed by conventional telescopes. Over time, the LSST will create a detailed 3D map of the universe. Astronomers will use this data in the search for dark matter and to help them understand dark energy.

The heart of the LSST is its huge 8.4 meter (27 foot) mirror. Unlike other optical telescopes, this unique structure incorporates both the primary (M1) and tertiary (M3) mirrors in a single piece of glass. Geometric precision is essential to ensure high quality images.

The “M1M3 monolith” was cast in 2008 and then underwent years of grinding and polishing to achieve the nanometer precision needed. With such a massive mirror, expansion and contraction from temperature differentials could have serious consequences on both the grinding and polishing operations, and in-service performance.

To detect and compensate for temperature differentials, the LSST design team conceived and developed a custom thermal control system. This required bonding precision thermocouples to the mirror front, back, and mid-plane at 146 locations. If a temperature difference was detected between any of these locations, the control system would apply a correction. For satisfactory operation the differential temperature measurements had to be repeatable and accurate to 0.1ºC.

The best way to achieve this level of performance is by using high quality thermocouples made with wire from the same lot. Unlike other suppliers, OMEGA was ready and willing to meet this and other demanding requirements. With our large insulation extrusion operation, we had significant quantities of same-lot thermocouple wire readily available. After the design team reviewed our production capability and quality assurance procedures, we got the go-ahead to proceed with manufacture.

The thermocouples supplied were OMEGA’s standard 5TC Series models, but made from a single lot of Special Limits of Error thermocouple wire. In addition, they were handled and packaged as mandated by the LSST team. The leads were all terminated with OMEGA’s strain relief connectors. Coiling in large rolls allowed for very high uniformity between the numerous thermocouples, greatly improving temperature measurement and tracking at the large number of locations involved.

The LSST team reported that by using the OMEGA® 5TC thermocouples, the temperature monitoring system performed to the 0.1ºC system requirements. After removing over 11,000 pounds of material to create the exact shape needed, the mirror was formally accepted on February 13, 2015.

When the telescope is finally completed, these same thermocouples will be used for ongoing thermal monitoring of the mirror. A digital processing package will use this data to compensate for distortion caused by mirror expansion and contraction.

LSST construction began in 2011. The telescope is scheduled to take its first look at the stars in mid-2020, and when it does, the image quality will be due in part to the contribution made by OMEGA.